You are here: Home » The Perfect Star Wars Location: Why Skellig Michael Made the Cut

The Perfect Star Wars Location: Why Skellig Michael Made the Cut 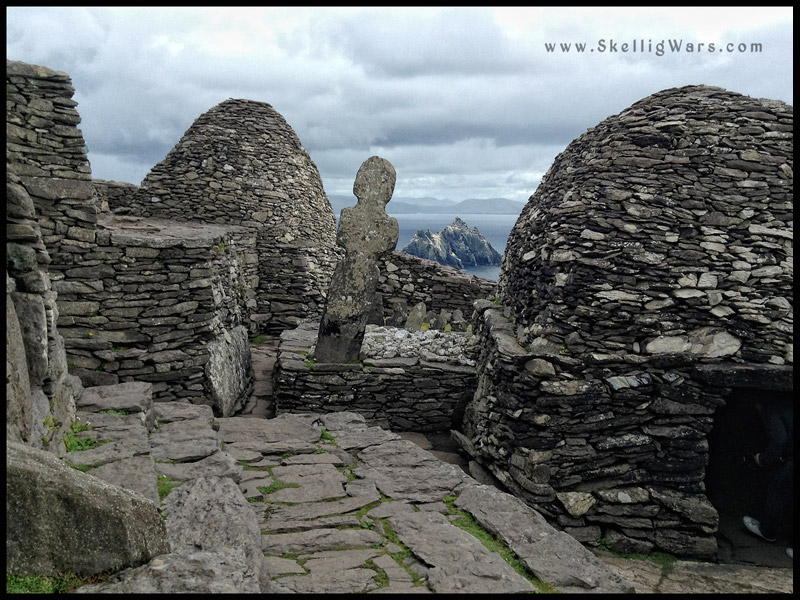 Choosing the right locations is the first step to any successful shoot – whether it’s a promotional video or the next instalment in one of the world’s biggest movie franchises. So when the creators of Star Wars: The Force Awakens went scouting for locations, the shortlist of candidates had to be spectacular.

Think Tunisia for the Tatooine desert scenes, Switzerland for the snowy wastes of Alderaan, or an erupting Mount Etna in Italy for the backdrop to Anakin Skywalker and Obi Wan-Kenobi’s lightsaber duel in Episode 3. All of the earthly settings for this epic voyage across a galaxy far, far away have been singularly awe-inspiring. That makes Skellig Michael a perfect choice. Here are some other reasons why Skellig Michael was selected as a Star Wars location:

It Matched the Script:

The first rule of location scouting is to select a site that suits the setting of your story. Star Wars: The Force Awakens production referred to Skellig Michael as “Magic Mountain,” in reference to the Six Flags theme park outside Los Angeles, with locals calling it “The Jedi”—a good description for the place where Luke Skywalker is believed to be hidden away, meditating in exile. Nowhere else in the world would the Star Wars creators have found such an exquisite collection of monastic dwellings perched high above the ocean.

It Changed to Suit the Script:

For The Force Awakens, J. J. Abrams wanted as clear a day as possible for the shoot to suit the film’s positive ending, and Skellig Michael duly obliged. Once Rian Johnson moved in for Star Wars VIII and the story developed, however, bad weather was preferred to suit the Original Trilogy form and the dark ending required. As anyone who has visited knows, Skellig Michael is heavenly on a good day, but it can get positively apocalyptic when the weather turns.

The Light is Exceptional:

Outdoor lighting conditions can be challenging for filmmakers, as outside illumination changes constantly—and when you are on an exposed rock in the middle of the Atlantic Ocean, they can shift from searing brightness to deep shadow and back again even more quickly. These conditions proved challenging for the Star Wars film crew, but added to the overall atmosphere of the shoot.

Despite objections by several organisations because of the perceived sensitivity of the UNESCO world heritage site, Lucasfilm secured permission from the Irish Minister for Arts, Heritage and the Gaeltacht Heather Humphries, to shoot on Skellig Michael. Strict environmental and ecological conditions laid down to ensure the filming did not damage the site and its bird life included the inclusion of an on-site ecologist to supervise the filming. A report compiled by the National Parks and Wildlife Service, the National Monuments Service, and the Office of Public Works (OPW), said the filming had “no impact on the national monument.”

The Place was Deserted:

Boat trips to Skellig Michael were cancelled for the duration of both shoots on the island. Given that there is no other way of getting to Skellig, the film crew had the place to themselves – apart from a few puffins keen to get in on the action as extras…

Can you think of any other reasons why Skellig Michael was chosen as a Star Wars location (not once, but twice!)? We’d love to hear them in the comments section below.